Our first thought upon seeing the ad for CCC! was: "Ah, dino-in-the-city, it must be something like Rampage". Meaning, an action game, where you stomp on tanks and chomp on skyscrapers.

Well, you do these things, only that CCC! is a real-time strategy game. Or...something, seeing as it isn't of course an "RTS" as we know it by its current definition. It has a lot of similarities with a boardgame (in fact it was modelled on one - The Creature That Ate Sheboygan)...the city is viewed in 2D, you move your monster icon on a grid and other entities move in real-time-turns - yes, it's one of these confusing neither-fish-nor-fowl systems. It works pretty well though, giving a feeling of chaotic, continuous action.

The best thing about this game is that underneath its very simple demeanor hides a vast multitude of options and gameplay styles. Each monster has its strengths and weaknesses that actually matter - in relation to the cities, your enemies and potential victims. For example some monsters are water-bound, limiting your actions to city's coasts and waterways. Most of them must constantly feed - hunger eventually driving them berserk...but if you pick a mechanical monster, you won't have to worry about that. At the beginning you choose what the aim of the game should be - destruction of humans, buildings or both, combat with the hostile units, survival and evasion - and play accordingly to maximize the score.

You can also grow your own creature, equipping it with various weapons and traits. Amount of these is limited by something called Crunch Credits - basically your standard RPG's character creation points. You can choose from 8 different carcasses and nearly 20 abilities. 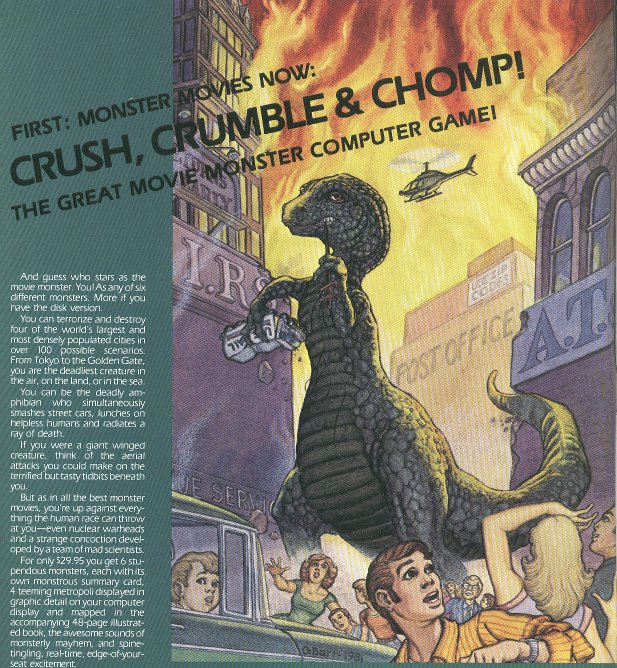 Overall - a very interesting, hard to classify title, still quite playable today. You'll needto get used to its strange quasi-realtime gameplay and also learn how to move the monster - it's not as straighforward as pressing some cursor keys. But this is nothing major and after a few attempts you should be well versed in the art of Crushing, Crumbling and Chomping.

Which version is the best? The main difference lies in graphics- the engine used characters available on particular machines, hence Tandy/Atari versions are visually the weakest. The other factor was the size - disk versions have more monsters/cities available. 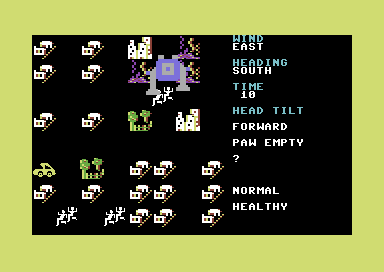 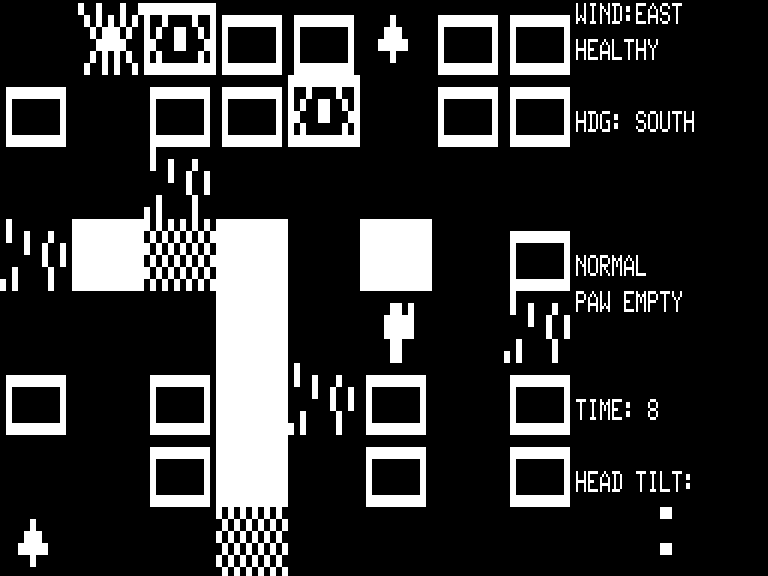 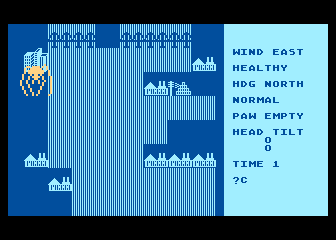 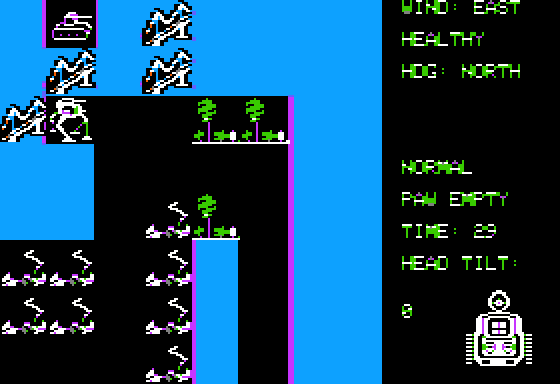