Here, in A.D. 2020, Vikings are the new zombies. You can't swing a sturdy wooden bench without hitting one of the games featuring the ancient Norse folk and their surly gods.

Valhalla precedes this modern trend by several decades. Released in 1983 for ZX Spectrum it was quite a groundbreaking title, promising the (now) old trope of a "living, breathing world". The advertising boasted of "the first true computer movie" and the game's engine itself was called "MOViSOFT".

How does it all work in reality? You control the game by typing simple text commands (from a provided list, no typical IF-style guesswork here). Then you can see your character executing them on-screen, and what other characters are doing (it's all limited to a narrow left-right lane in the middle of the screen though). The others are also leading their own lives, and it's possible to just sit back and watch the game play itself, because there is always something going on. Gods, heroes, monsters all fight, trade and move to and fro, creating an illusion of the aforementioned living world. Think The Hobbit on steroids, or, as one of the original UK reviewers (Crash, #1, see the sidebar) described it "as if they were in Rover's Return"

Of course, this being 1982/48Kb/3.5Mhz, it really is an illusion - most of the NPC actions seem random and rather chaotic. On the other hand, such trickery is not that much different even in modern titles.

Characters also have RPG stats and the good & evil alignments, exploiting which is necessary to progress, since you often need to ask others for help. There's also a "survival" element - actions such as fighting or opening chests drain your energy, and you must replenish it by eating. 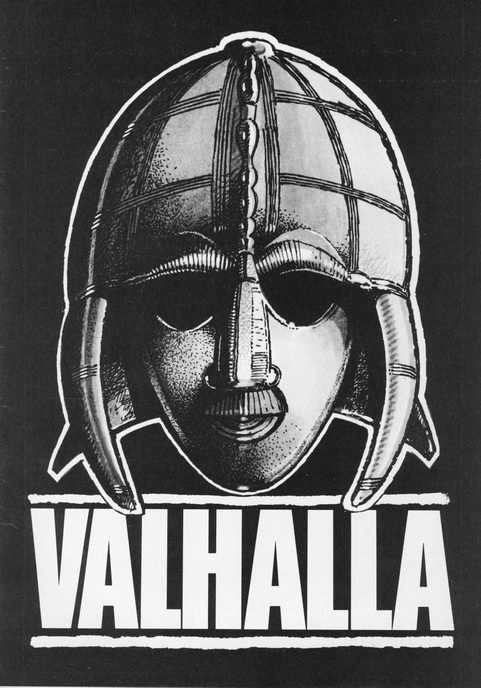 The game received rather good reviews back in the day (the average according to Spectrum Computing is 80,5%) and a few accolades too. These have been questioned during modern (and perhaps olden too) times, because Valhalla is far from perfect. One major flaw, or what could be perceived as such, is that despite the use of Norse mythology, the characters are rather bland - they all act in a very similar manner. There is no dialogue, and no narrative to speak of, so it's all left to the player's imagination. Some of us won't mind projecting our own story on this simulation-like engine though.

The other, more technical and quite show-stopping problem is the glacial (pun unintended) pace with which the gameplay flows...or stutters. There can be a few seconds of delay between typing of your command and its execution on-screen, due to the fact that NPCs act in turns and must complete theirs before the player can do anything. The animations are also slow, so playing Valhalla can be quite a slog.

Luckily, there's a modern solution to that stumbling block. The cracked C64 version (which otherwise is pretty much the same to the Spectrum one) has a trainer, and one of the options is to speed up the animations. This is a literal game-changer, which makes Valhalla quite playable.

And you should definitely give it a go, despite the naysayers. It's quite a fascinating game, even if only from the technical and innovative standpoint, what with its genre-mixing and attempting something genuinely new on an extremely limited platform. 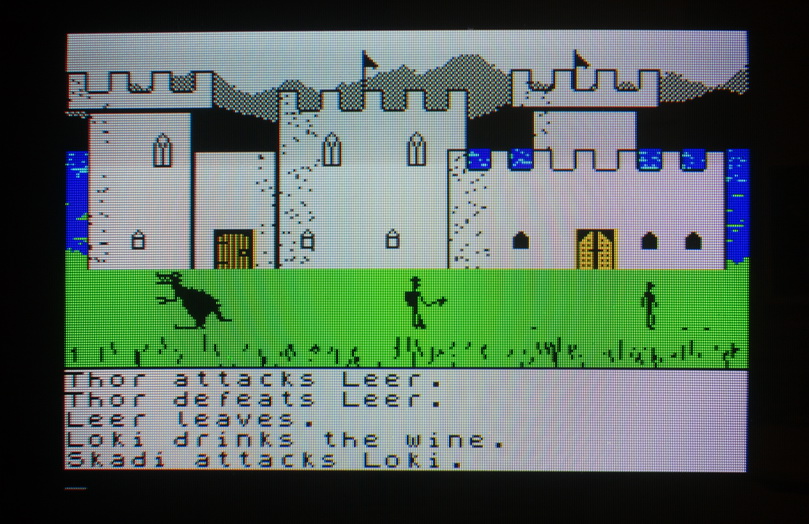 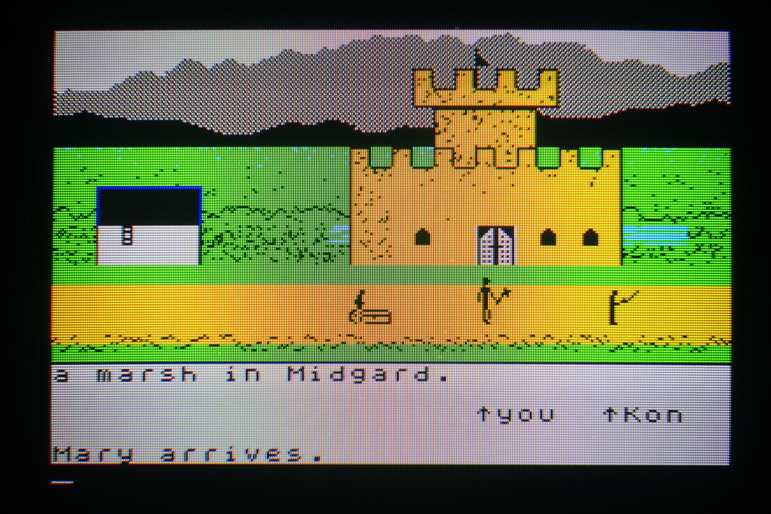 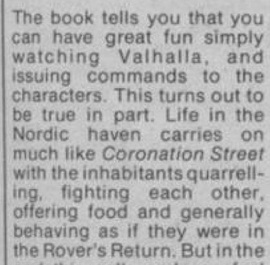 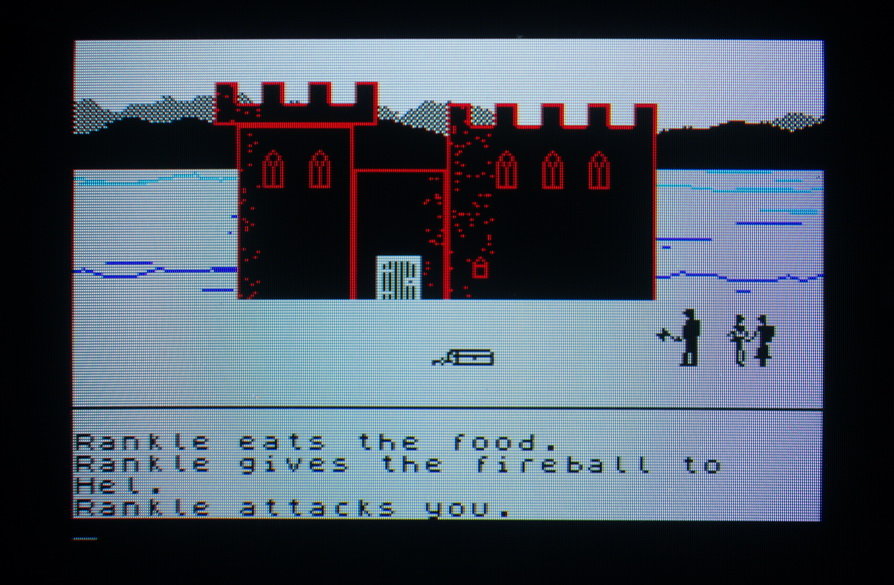 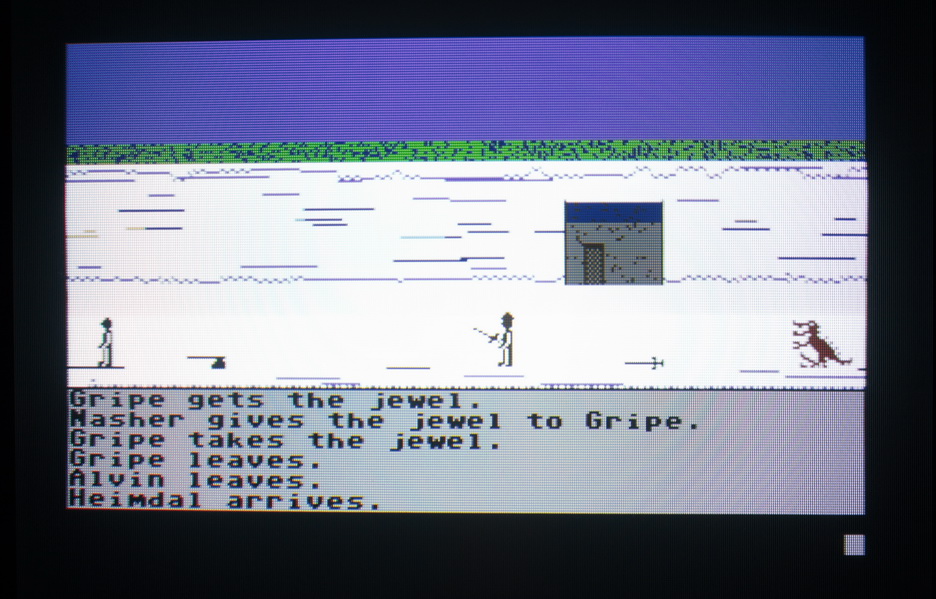 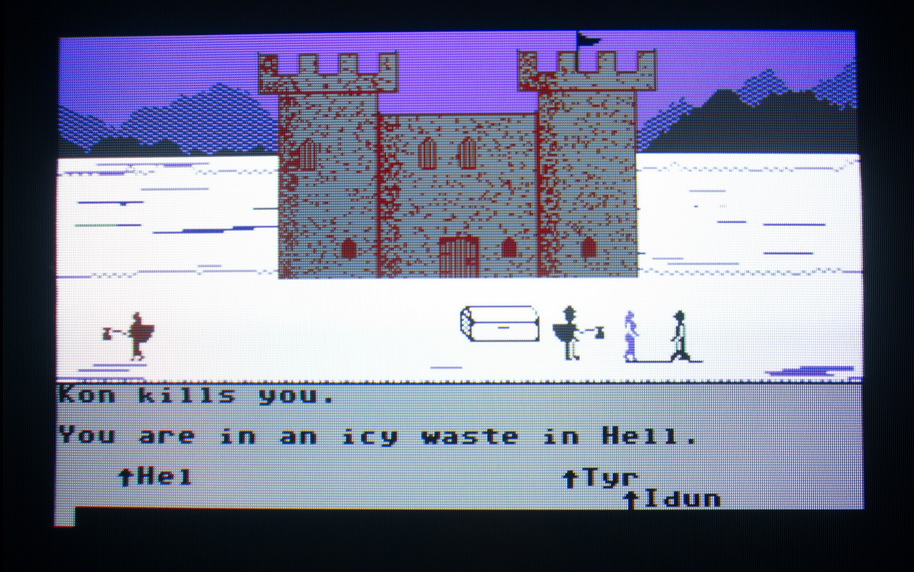